The couple got married on Saturday in a star-studded ceremony in Newport, Rhode Island at Belcourt Castle in front of reportedly 150 friends and family.

Lawrence and Maroney were first linked in 2018 and got engaged in February 2019 and then celebrated with a party in May in New York City. In September, the two were spotted obtaining a marriage license in the city.

Although Maroney has not publicly walked a red carpet with Lawrence, she has gushed about him in interviews. 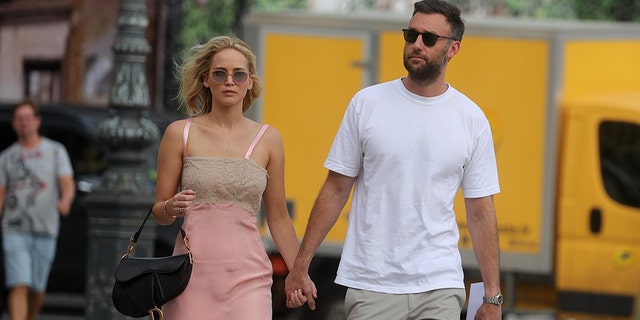 “He’s just the best person I’ve ever met in my whole life,” she told Entertainment Tonight. “It was a very, very easy decision.”

While appearing on Catt Sadler’s podcast, NAKED, in June, Lawrence said, “I just met Cooke, and I wanted to marry him.”

“We wanted to marry each other. We wanted to commit fully. And, you know, he’s my best friend. I feel very honored to become a Maroney,” she added.

Lawrence also described her low-key wedding planning attitude. “I haven’t been neurotic about it,” she admitted. “I’m too lazy to be neurotic. I like saw a dress I liked. I said, ‘Oh, that’s the dress.’ I saw a venue, and I was like, ‘Cool, we got the venue.'” 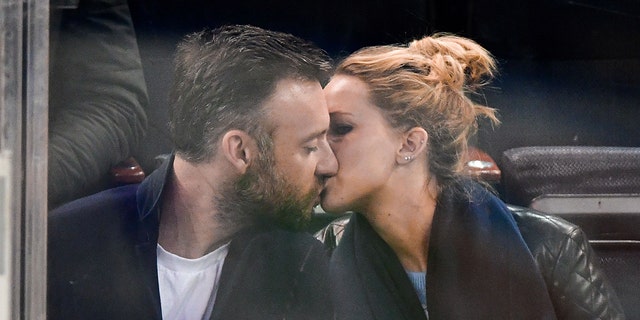 But Larence did admit that she freaked out about one thing — her bachelorette party.

“I cried because I thought I didn’t want to have a bachelorette party, and then last minute I decided I did. Then nobody was available because it was last minute. And then I started crying,” she described. “I was like, ‘I don’t even know why I’m crying. I didn’t know that I wanted a bachelorette party. I guess I just feel pathetic.’ [Maroney] was like, ‘Oh my god, you don’t need to feel pathetic.’”

Lawrence was previously in relationships with British actor Nicholas Hoult from 2010 to 2014, musician and Coldplay frontman Chris Martin from June 2014 to August 2015, and director Darren Aronofsky from August 2016 to October 2017.