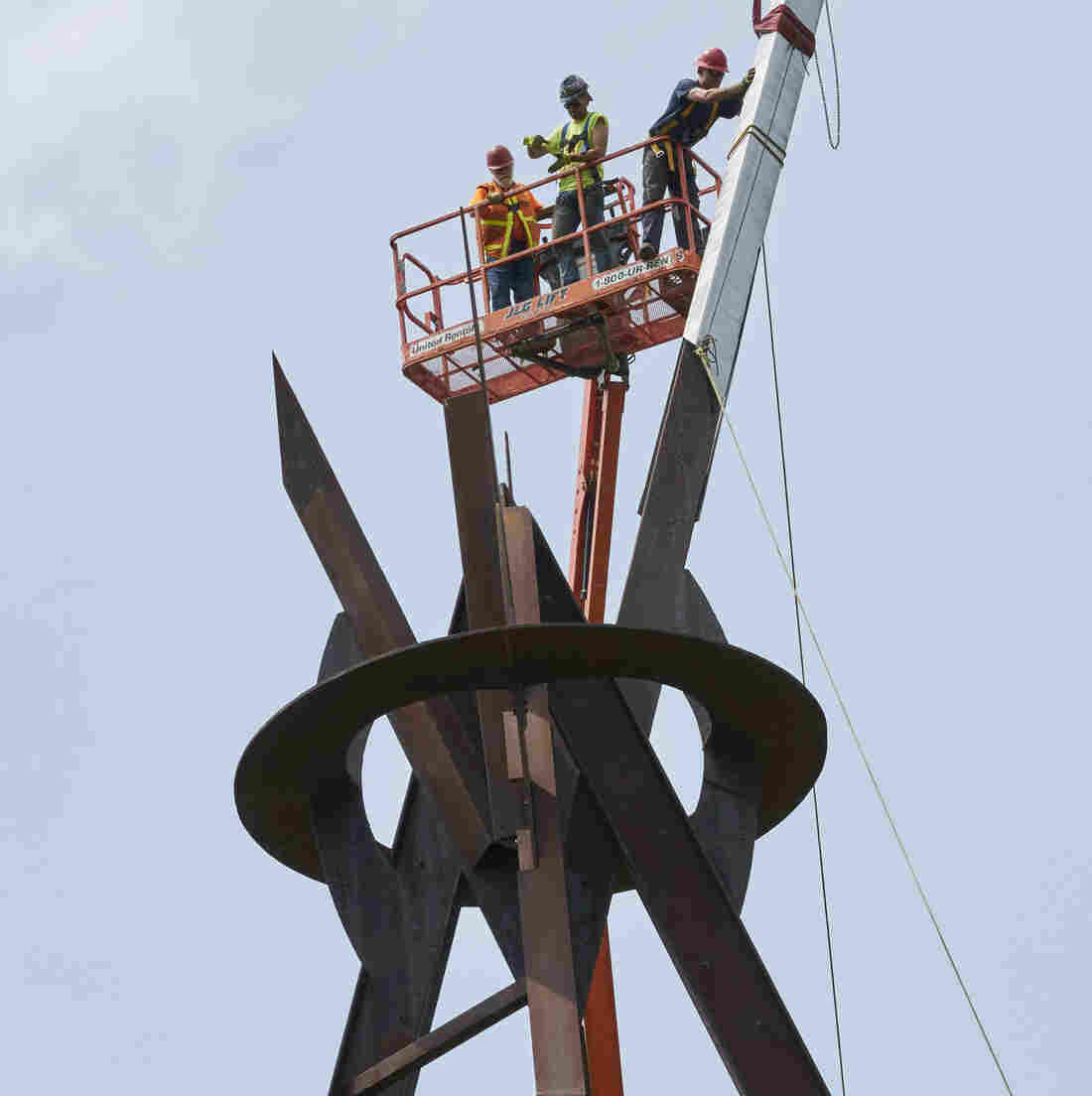 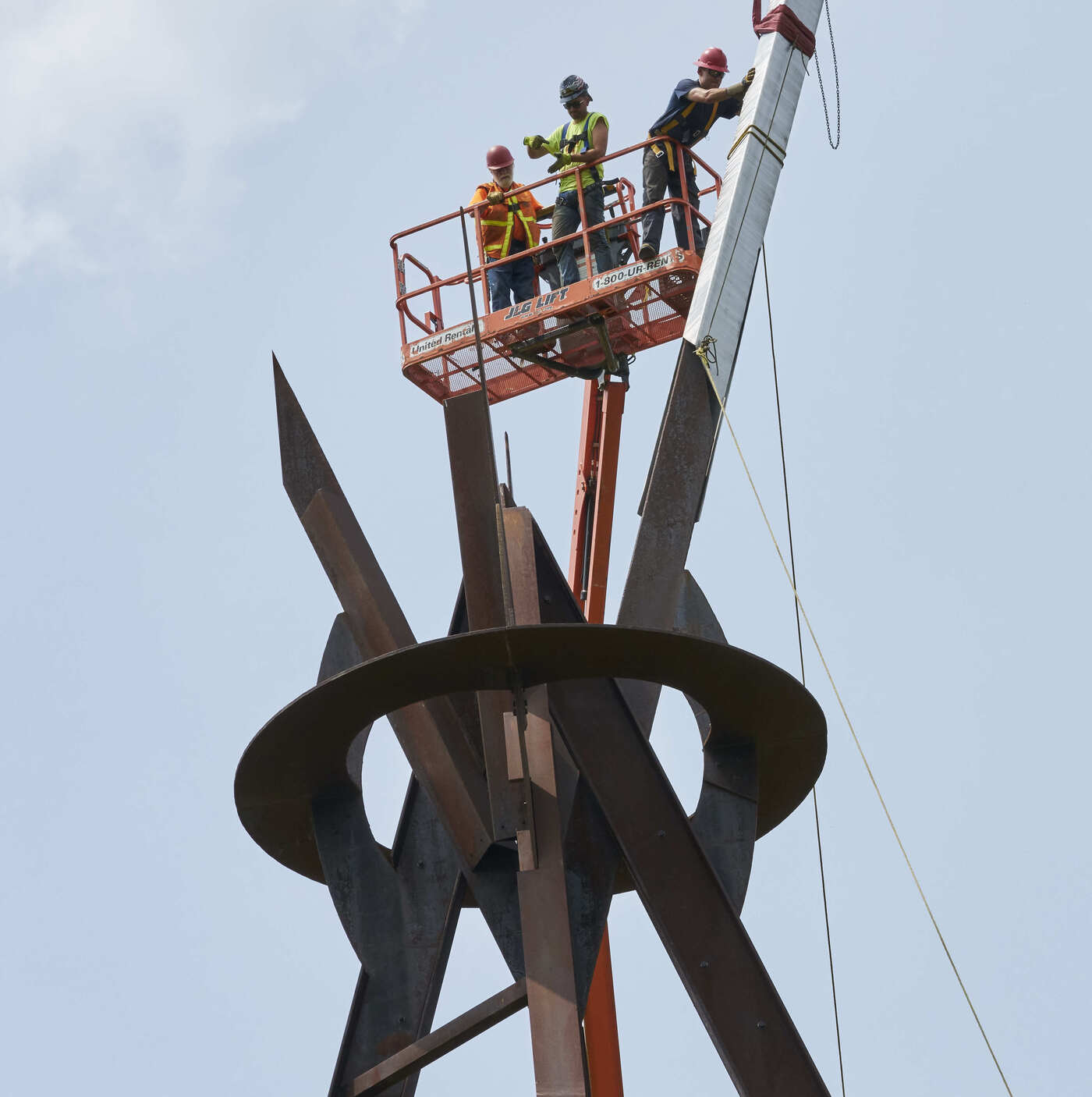 Eighty-six-year-old Mark di Suvero was up in a cherry picker recently, overseeing the installation of a work that had been moved from France to the Storm King Art Center in New York’s Hudson Valley.

He first started using a crane to make his humongous wood beam and steel sculptures in the mid-1960s. He says he uses a crane the way a painter uses a brush: it’s a tool for doing the work … just bigger and way scarier.

Di Suvero speaks from experience — in 1960, he almost died in a construction site accident, “a terrible accident when I was working for two dollars an hour as a cabinet makers helper,” di Suvero says.

He was left unable to walk. He was already affiliated with a gallery in New York and he was determined to become mobile again and to continue sculpting. Now he uses crutches or a wheel chair. A leg was recently amputated — he’d burned it welding. But when the artist is up in a crane, he can move. And work. So the way some people wax rhapsodic about their first car, Mark di Suvero reminisces fondly about his first crane.

“I discovered the crane as a tool working in a lot that was a garbage lot. And I traded welding time for crane operation. And I ended up in Jersey buying a dead crane. And I am an operating engineer, I am a member of the union. And it changes everything,” di Suvero enthuses.

It helped make him one of the most celebrated sculptors of the latter half of the 20th century. In 1975, he became the first living artist to have his work exhibited in the Tuileries Gardens in Paris. Two years later, he established the Athena Foundation to help other artists. His work is on view in public spaces in cities around the world and in the permanent collections of New York’s Museum of Modern Art, Whitney and Metropolitan Museums of Art, and at the Storm King Art Center, where the sculptor recently supervised the installation of a massive work — close to 100 feet tall — called E=MC2.

“The speed of light squared changing the relationship of what a material is to its energy, translated into energy, is incredible. It is one of the great monuments that a human mind has devised in the last century,” says di Suvero, praising Albert Einstein.

Energy is central to di Suvero’s work, too. Some of his sculptures have moving parts that people literally can play with.

Di Suvero has had 50 works shown at Storm King and Mike Seaman has overseen the installation of almost all of them. It’s a complex job — a lot like threading a needle, but with tons of interlocking steel plates and H beams — especially for the massive E=MC2.

“It’s 69,000 lbs give or take a little bit. We didn’t add the bolts into the weight,” Seaman chuckles. “It’s really a magnificent piece.” 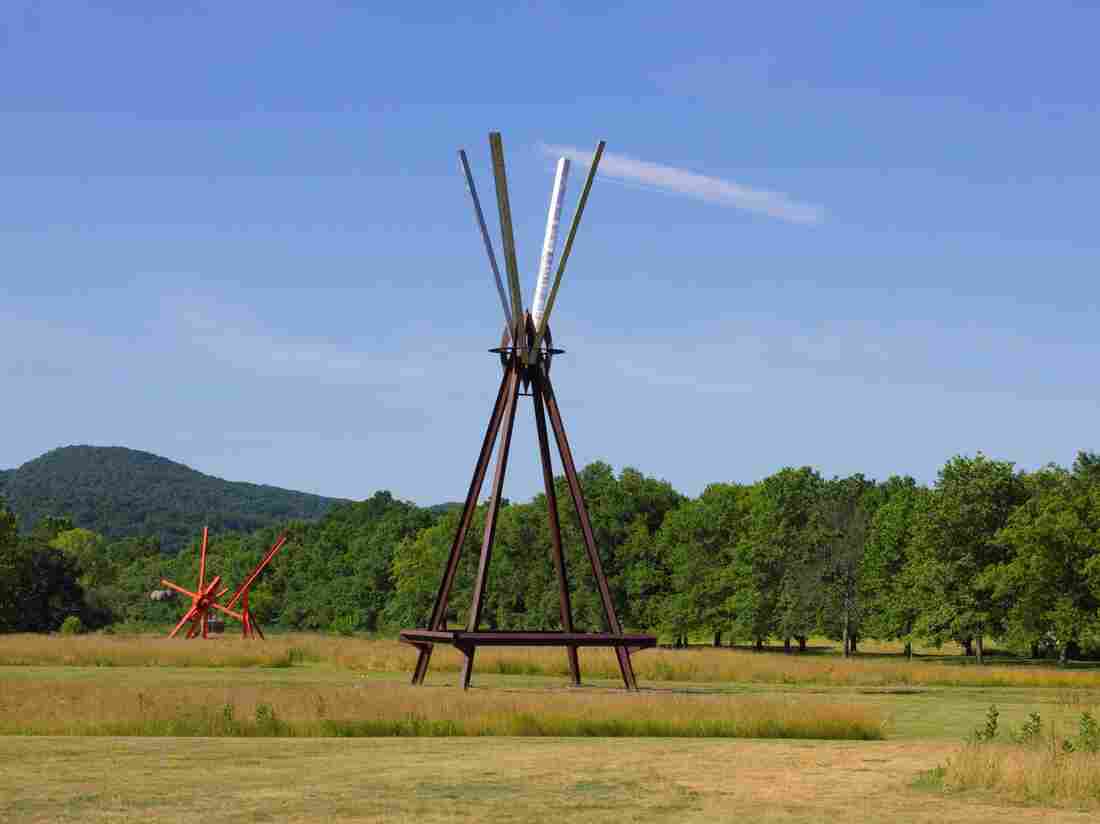 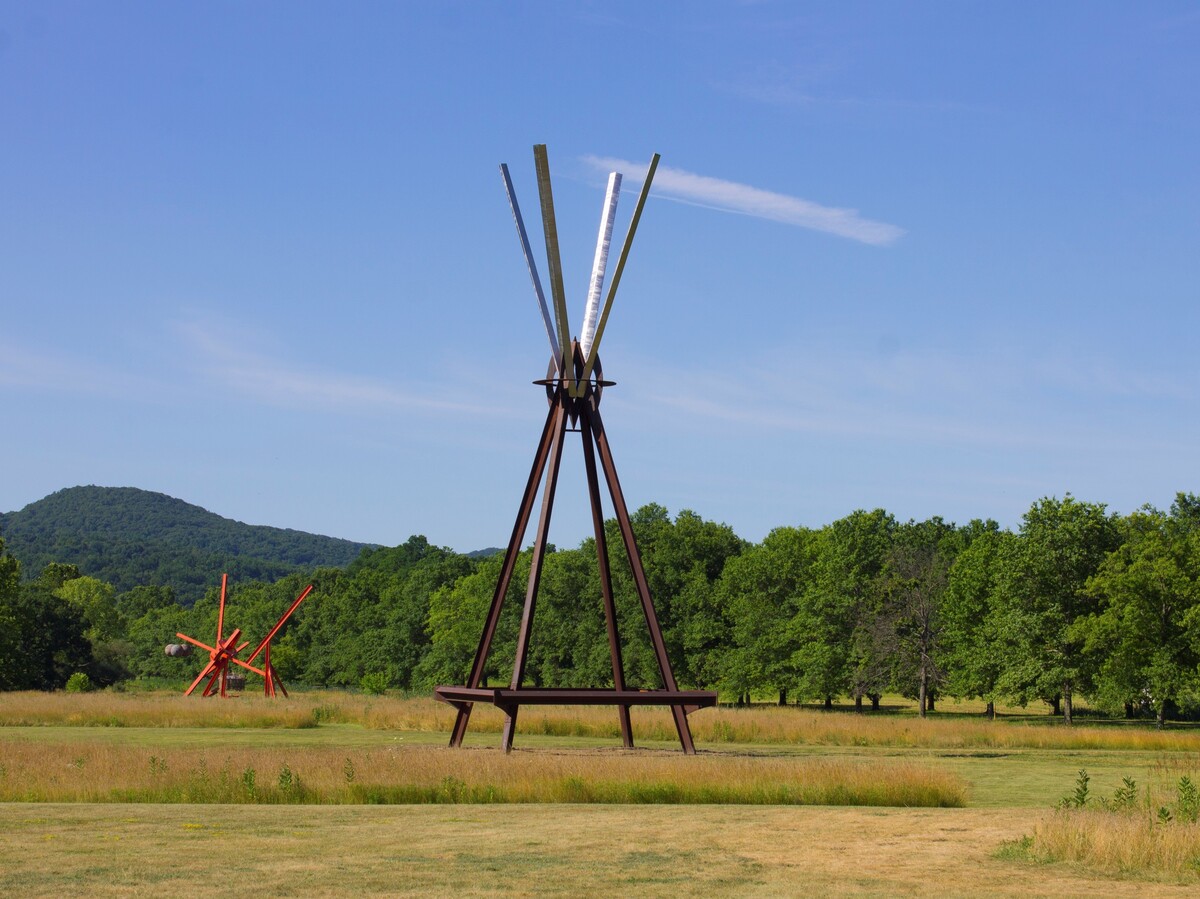 You can see nine of the sculptor’s other works nearby, but they’re smaller — say 65 feet tall — already huge, but not to di Suvero.

The octogenarian artist creates his sculptures in his Long Island City studio, where he still does much of the bending, welding and cutting himself. For him, the work – the steel – has kept its fascination,

“Steel is so beautiful,” di Suvero chuckles. “It bends; it comes back; it’s merciless; it’s in our blood. The center of the blood corpuscle has to do with iron. So, I mean, if it’s there in the blood, it’s part of us.”

And for di Suvero, that’s key to his goal of giving viewers joy when they see his work. One of his pieces is titled, “Are Years What?,” after Marianne Moore’s poem, “What Are Years.” Sitting in his studio, di Suvero read the last lines.

So he who strongly feels,

grown taller as he sings, steels

his form straight up. Though he is captive,

says, satisfaction is a lowly

thing, how pure a thing is joy.